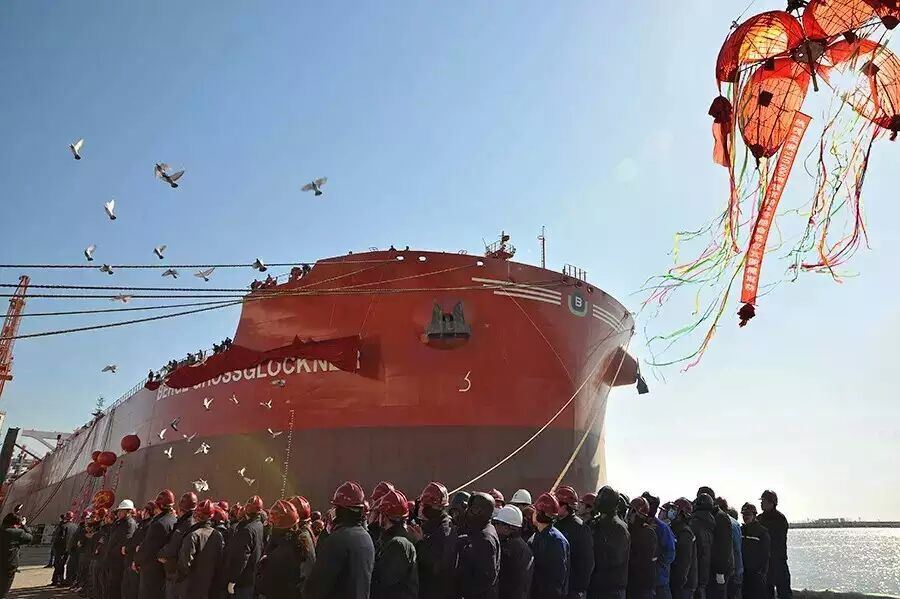 Berge Grossglockner was delivered on 6 January 2017 at 0930 hours (local Singapore time) and made her maiden voyage to Singapore sailing under the flag of Isle of Man.

Berge Grossglockner adds a further 210,000 DWT to our safe and energy efficient fleet. Like her sister-vessel Berge Zugspitze, she was fitted with the latest WX-electronic engine, enabling cutting edge fuel performance and minimised emissions. She was equipped with similar mechanical and design improvements: an optimised cargo capacity; energy-saving devices such as the rudder bulb and the propeller duct; modifications to the eductor driving lines (with bigger radius bend); and the overboard discharge pipe.

Mount Grossglockner, which the vessel is named after, is the highest peak in the Austrian Alps. Located in the heart of Europe and at the centre of Austria’s national peak, the Grossglockner bears the weight of 180 km2 of glacial ice on its shoulder.