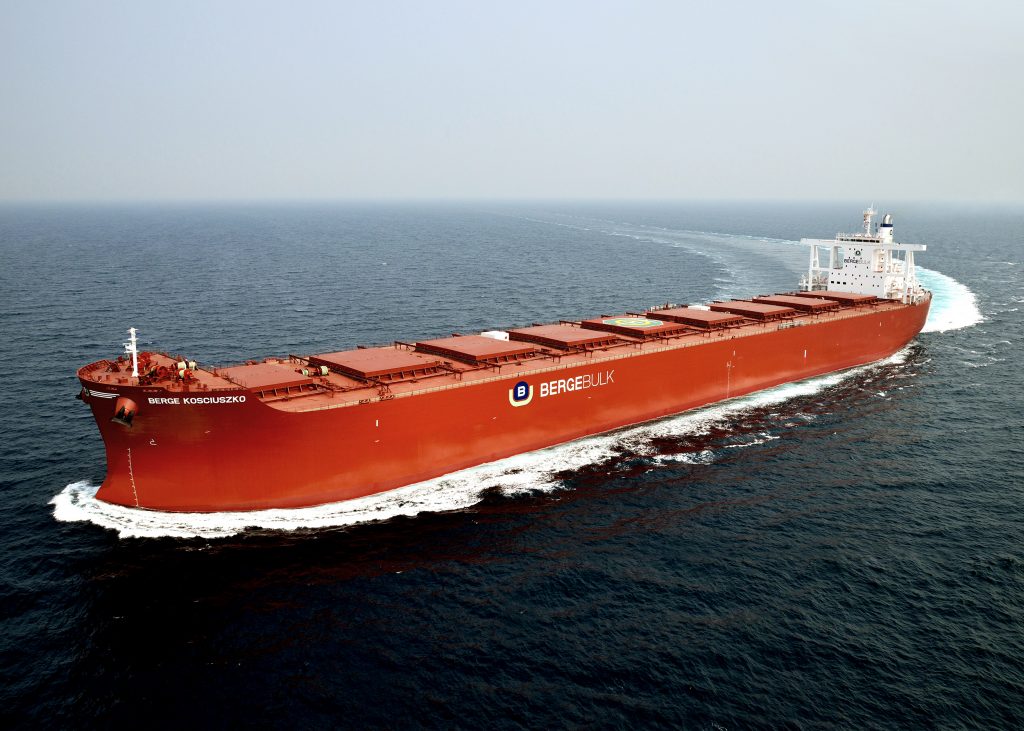 Berge Kosciuszko was delivered on 8 April 2014. The vessel was originally time chartered for ten years, with options to purchase commencing from the end of the third charter year. She was managed by Shoei Kisen Kaisha and sailed for one of our contracts for Rio Tinto. Recently, Berge Bulk made the decision  to purchase the vessel. As of 22 February 2017, 0921 hours (local Singapore time), Berge Kosciuszko became an owned vessel within the Berge Bulk fleet.

With a capacity of 181,394 DWT, Berge Kosciuszko is capable of carrying enough iron ore to construct three of Sydney’s Harbor Bridges, one of the longest spanning-arch bridges in the world.

She was named after Mount Kosciuszko, located in the snowy mountains of Kosciuszko National Park in New South Wales, Australia. At a height of 2,228 metres above sea level, Mount Kosciusko is regarded as the highest mountain in mainland Australia.