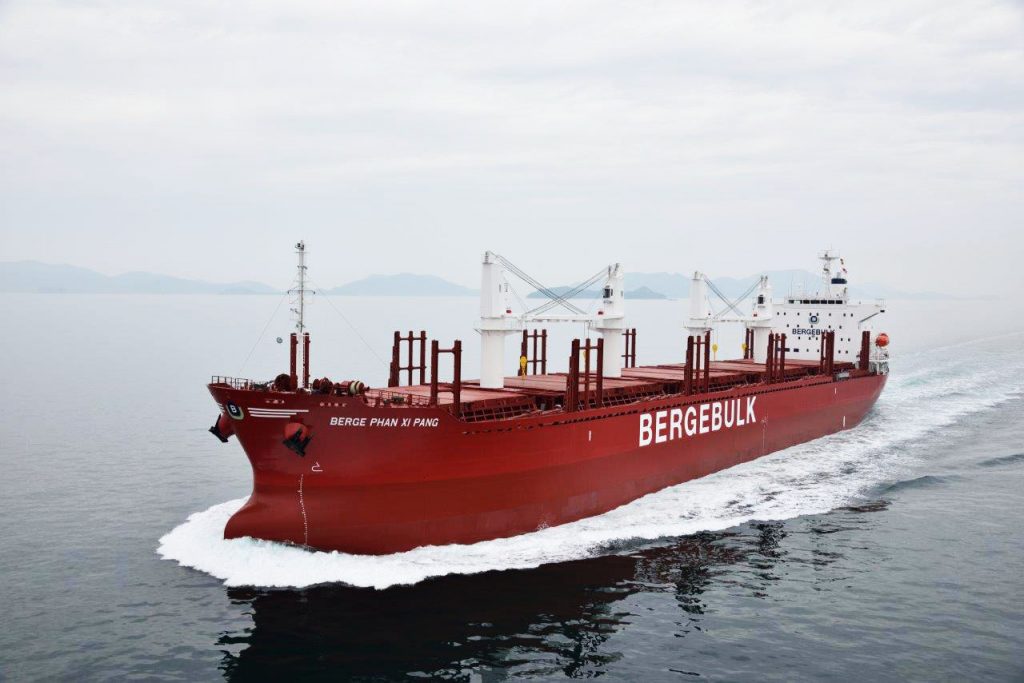 We welcomed the delivery of Berge Phan Xi Pang, a vessel built by the Imabari Group. She was delivered on 30 May 2017 at 0838 hrs (JST). Sailing under the flag of Isle of Man, Berge Phan Xi Pang embarked on her maiden voyage carrying steel pipes from Kimitsu, Japan for discharge at Batam, Indonesia.

In line with Berge Bulk’s ‘Less is More’ energy efficient programme, the 38,000 DWT vessel was equipped with a larger, de-rated and better tuned main engine for enhanced fuel efficiency. Berge Phan Xi Pang was additionally fitted with an air-type stern tube seal, a Marine Growth Prevention System and several other features that add to her energy efficient design. She is  the 100th ship of the series produced at the Imabari Shipyard.