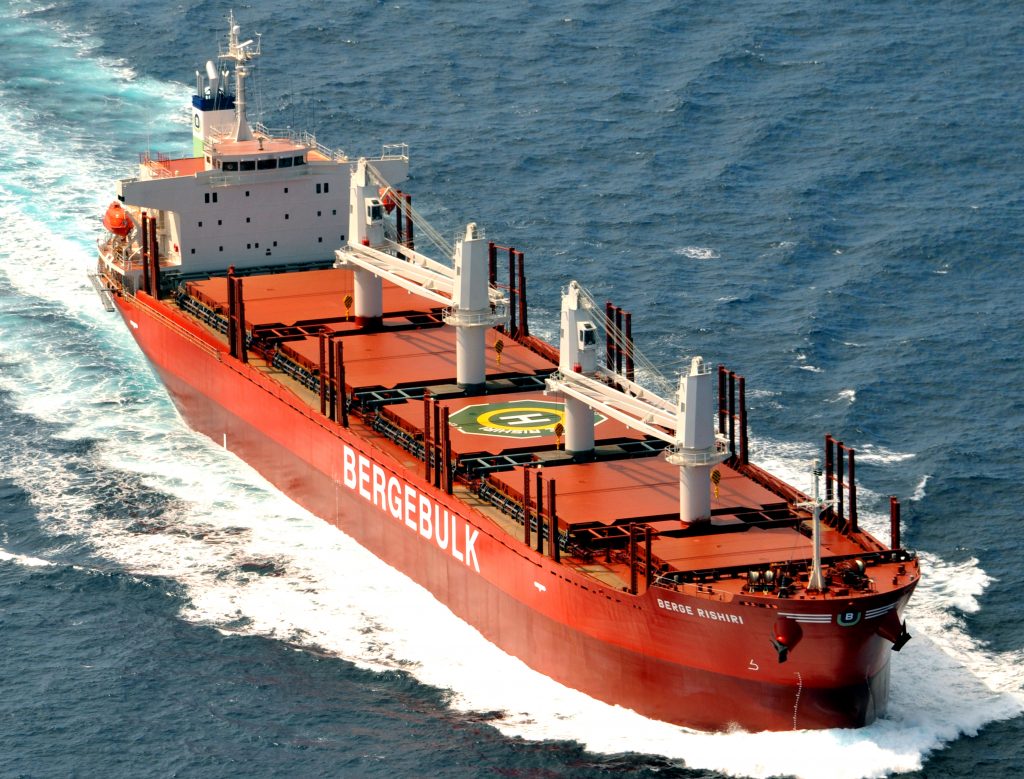 Berge Rishiri was the latest handy-size vessel to be added to the Berge Bulk fleet. She was delivered on 16 January 2017 at 0720 hours (local Singapore time). Sailing under the Isle of Man flag, she commenced her maiden voyage to the Port of Longview in Washington State (USA), where she was loaded for a log shipment before heading to China for discharge.

Alike sister vessel, Berge Shari, she was equipped with the Propeller Boss Cap Fins (PBCF). PBCF is an energy saving device attached to the propeller of the vessel to improve overall efficiency. This device, now fitted on many of our ships, enables higher fuel savings. The technology in her main engine electronically controls fuel injection and the exhaust valve drive, which auto-tunes and ensures more efficient operation during slow-steaming.

Over the last couple of years, Berge Bulk expanded our handy-size fleet. The first handy vessel, Berge Hakodate was built and delivered in 2015. Berge Rishiri is the sixth and final addition to the series. Like her sisters, she was built at the Namura Shipyard in Hokkaido, the same shipyard where the legendary founder of World Wide Shipping, Sir Y.K. Pao, built his first ship in 1962 – known as the ‘Eastern Sakura’.

Berge Rishiri was named after Mount Rishiri – a spear-like volcanic peak towering off the coast of Northern Hokkaido, Japan. The mountain is also known as the ‘Rishiri Fuji’ because its shape resembles the perfect cones of the majestic Mount Fuji. It is also one of the few mountains in the world that offers unobstructed, 360 degree panoramic view of the oceans.